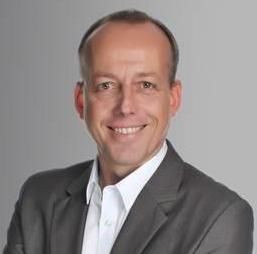 Head of End-to-End 5G Practice, Global, Nokia
Singapore
Nils is Head of End-to-End 5G Practice, Global for Nokia. Based in Singapore, Nils is responsible for defining and promoting end-to-end 5G solutions in the regions which includes e.g. e2e evolution towards 5G incl. Core, Radio, transport and slicing. Nils has been in the telecommunications industry for more than 15 years. He brings with him an in depth experience in the Telecommunications and Mobile industry and a proven track record in solutions and sales management leadership roles, spanning the areas of enterprise, fixed and mobile networks in Europe, Latin America and Asia. Nils has been based in Asia since 2007, performing several regional roles such as sales director for WiMAX, Core and Radio in Asia South and Australia/New Zealand. Prior to his current role, Nils was also the head of mobile broadband solutions and customer solution architects for Asia Pacific/Japan. Before entering into the telecommunications industry in 1996, Nils served 11 years in the German Armed Forces and NATO as a communications officer where he was for instance responsible for the interoperability of tactical voice & data systems across NATO Allied countries in the Central Army Group (CENTAG). He left the army in 1996 with the grade of Captain.
Sessions
View all Speakers